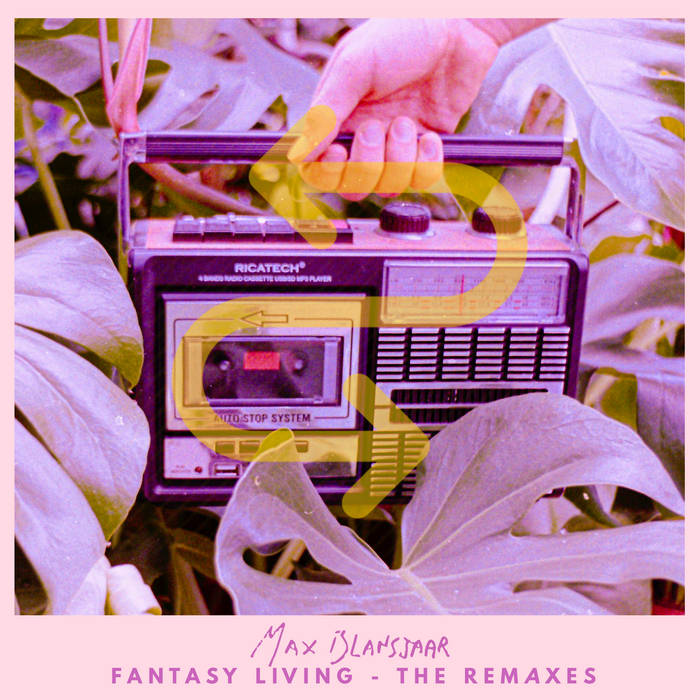 “The making of Fantasy Living was a pretty lonely process - it was essentially just me, in the Beanie Tapes shed/studio, armed with a keyboard and a guitar and some random percussion instruments, recording and producing for seven days (stopping for lunch, though, obviously). Someone once told me about this idea of getting “too close to the mix”. Apparently it’s when you’ve heard the same songs so many times, that you lose all perspective on them. That happened.

“So, I wanted a new perspective. A way of getting some distance from the mix, so to speak. I decided to ask some Oxford music friends to re-imagine these songs from the Fantasy Living EP, to give them new life.”

✨ It’s a lot of work to write, record, mix, produce, master, distribute and promote a release. And the pace of today’s online life means that a new release is only in your timeline for the briefest of moments. Once it’s released, it’s not news any more and everyone is talking about the next thing.

But the music is still there, waiting to be discovered by new people every day. And those of us who were involved in its release still think of it every day, listen to it in the car, admire it on our shelf, recommend it to strangers.

Sometimes the music is lucky enough to have a second life, like when it’s sampled by Vanilla Ice. On 27 December (Gérard Depardieu’s birthday) we released this special digital remix EP featuring three brand new versions of songs from Fantasy Living.

Three songs from the EP have been given the remix treatment, in three very different styles.

✨Silke Blansjaar✨ (drums in youneedselfhelp.bandcamp.com and candysays.bandcamp.com, bass guitar in Max’s band) produced a fun, frenetic electro version of The Shame That I Wear, somehow even more energetic than the original.

✨Nathan Allsworth✨ (allisworth.bandcamp.com) took Always A Second off into a magical world where dreamy vocal samples twist and turn over skittering drum loops.

Bandcamp Daily  your guide to the world of Bandcamp

outré black metal, with a Victory Over the Sun interview and music from Liturgy and Jute Gyte.